Laughing happy every day - A Jokes For iOS 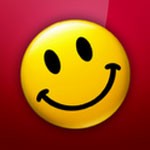 Software to send messages to iPhone - Toms Messenger for iPhone 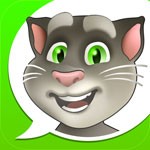 iPhone Entertainment Application - Tickle Finger Under the Sea for iPhone 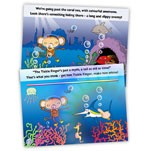 Tickle Finger Under the Sea for iPhone, Monkey baby Tiny Tinga has returned with underwater journey full of interesting and attractive. Swim across the ocean and look for yellow submarine, Tiny Tinga will explore the mystery and beauty conquer the ocean.

Tickle Finger Under the Sea HD for iPad, Monkey baby Tiny Tinga has returned with underwater journey full of interesting and attractive. Swim across the ocean and look for yellow submarine, Tiny Tinga will explore the mystery and beauty conquer the ocean. 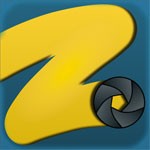 FreezePaint for iOS, Remix the world around you with FreezePaint - the easiest way to create a beautiful blend, funny, strange and impressive. 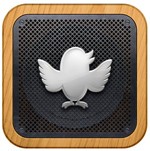 Tornado Mania for iOS, a tornado disturbing city. We want to help people avoid accidents by controlling the cannon out of the city but not to touch anything in its path. Use the mouse to drag to drag hoses. There are many levels to choose from to play. 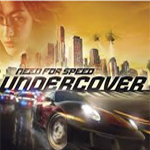 Need for Speed ​​™ Undercover for iPhone, Need For Speed ​​is 1 titles have achieved success and become one of the game can not be forgotten for those who play for high-speed enthusiasts ...

Turn your iPhone into a mirror - Mirror for iOS 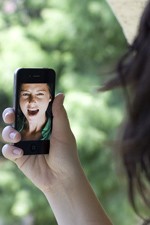 Mirror for iOS, apps Unlike previous hype mirrors, Mirror for iOS software of App Cubby uses the front camera is compatible with iOS devices to form a true mirror.

iPhysics Lite for iPhone, iPhone games specific creative play, any game that you can draw a hand objects, and then use your body to push the ball rolling painting, to give the ball to the end.

Touchgrind for iPhone, Touch Grind With surfing you will be comfortable on his skateboard on any terrain without being banned. But do not be too surprised when you have to control ... stakeboard with his two fingers.

Super Monkey Ball for the iPhone, this is an adventure game with the main character is a small monkey in a transparent ball.

Listen to the radio on iOS devices - iRadio for iOS 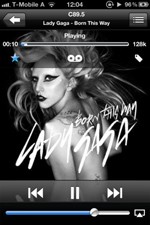 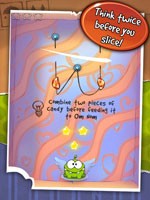 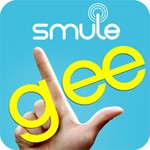 Angry Birds Lite for iPhone, Angry Birds Content revolves around the story of the survival of the Angry Birds.

Veggie Samurai for iPhone, Veggie Samurai is developing optimized for the iPad platform to maximize the size of the screen and multi-touch features of the product. The game remained tight guillotine take content is vegetable-bulbs-but the results are promising gaming experience was superior to the t

Veggie Samurai HD for iPad, Veggie Samurai is developing optimized for the iPad platform to maximize the size of the screen and multi-touch features of the product.

Songify for iOS, Songify app for iOS is automatically convert speech to music on iOS devices.

Doodle God for the iPhone, only the early Earth with the existence of four main elements: earth, water, fire and air. As god's power, you must find a way to combine them to create things, from humans, plants, animals until both houses, tool ...

BABEL Rising for iPhone, unlike Doodle God, the god of Babel Rising have another task, which is to prevent people reaching paradise, the place reserved for divine supreme being.