Quest Mech, Mech Quest is an RPG genre, with the aim of the game is you become a space hero, you will control a robot fighting in everywhere ..

Tetris for your iPhone - iTetris

Power Football Power Football is a football game online in a browser, where you can control your players in real-time 3D world ...

Bods Cannon, Cannon Bods is a simple game to play and does not require installation ...

Tenminicheu, Game dancing is suitable for lovers of dance virtuosity. Take control of your female characters by jumping real or left click to select the different dance moves. Select as many moves as possible.

Bloons Tower Defense, your mission in the game is to shoot all the balls explode before passing the screen ...

Dragon Age Journeys, Under Mountains west of Ferelden, the city has a large bulky hidden deep in the ground, where it is the city of the dwarves. More than 1000 years have gone by but the last war have left a pretty big stain in conviction

Commado 2, Commado 2 is about a nameless soldier despite all dangers stand up against the military dictatorships of Nazism, he went around killing all the soldiers are occupying around the country. 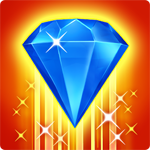 Jamia Online, Jamia Online is under the category of social game where you assume the role of character to be able to get acquainted and make friends with thousands of others around the world.

MaxDriving, When he heard the name, surely everyone will think of the game of car with spectacular chase.

Mech Hero is a game genre requires management, Mech Hero has somewhat like Clash of Kingdoms when you will become the owner of a robot kingdom has been forgotten in the universe.

Hukumdar Online, Hukumdar Online will be a great game for anyone who has ever played and favorite strategy game Heroes of Might and ancient magic.

PopGameBox, you ever see or play billiards battle yet, or you are followers of this sport? If so, what are you waiting without to PopGameBox, a billiard game world waiting for you to play.

Pirate Corruption, an online role-playing games in particular, completely free Pirate Corruption. The game worked out to give everyone, and more specifically, also created by the contribution of the players.

Batheo, Talk about the war from time immemorial rooftop, where the Greek gods are still at the top of Olympus.

Destiny Stone, is the online role-playing games have bright colors for women.